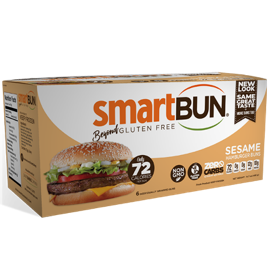 Sesame Smartbun – Gluten-free, 76 calorie burger bun with 10 grams of protein per bun. The bun is high in fiber and Omega-3 fatty acids. Make fun food part of a healthy diet with the Smartbun. It’s great for Low-carb diets. $8.99/6 buns.

It’s back! What’s Tai Chi Green Tea and why is it so powerful? Tai Chi Green Tea spring sprouts grow among undulating mountain ranges with very rich soil, high altitude, and soggy mountain streams where the water is full of oxygen and mirror-clear. The highly oxygenated air and fresh rainfall nourish the tea plants without any pesticides. Tai Chi Green Tea could be helpful with weight loss, diabetes, blood pressure, cholesterol, detox, and more. $17.99 ea 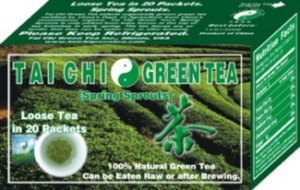 Irish Moss by Starwest Batanicals – Did you know that this bushy seaweed, Chondrus crispus, or Irish Moss, saved thousands of Irish from starvation during the potato famine of the mid-19th century? Irish moss is a curly red, purple, or yellow green plant found clinging to submerged rocks and grows in tidal pools along the northern Atlantic. Chondrus crispus is harvested commercially to make carrageenan, a thickening agent for jellies, puddings, and soups. It is also a well-known traditional herbal remedy in Ireland.

Chondrus crispus is considered by some to be a nutritious and remarkable gift from the sea. Full of rich nutrients, Irish Moss is used by some herbalists to make a tonic for promoting a vibrant glow. The typical preparation of Irish Moss is as a powder used in a tea or tincture. Chondrus crispus is sometimes combined with cinnamon or licorice as a soothing remedy. $13.99-$36.99 Bulk

What Do Food Labels Really Mean?